The more things change.....the more they stay the same.

We're still living our best lives and thriving - in spite of INSANE stress, a pandemic and general insanity.

BUT....we've switched things up for a little while.  I've created a new blog for my sweet husband....it's called "Madam Appolonia Switched On"....I'll go by MadApp there - and my sweet husband will be my darling boy for a while.  He needs to be submissive.  He wants to be submissive.  He needs some guidance, some leadership, some care and dominance.  I have a dominant/sadistic streak and have dug in.

You can follow us being us on his blog :).

Written after our switchy day
(by my Master girl):

It all began in the shower.

This afternoon after getting some exercise,
my master and I hit the shower.

She was dirty but I felt really dirty.
After a quick wash down that she did of my body,
I began to wash her.

I scrubbed her face, breasts, arms and backside.
Then I moved down.
I scrubbed her amazing pussy
she recently shaved so it was nice and smooth.
I dipped my finger into her pussy ever so gently.
I worked my way around to the back.
After washing her entire ass
I slid my thumb deep inside her hole.
In and out, up and down
it wasn’t long before she had an orgasm.

After she gained her wits,
her attention turned to me.
She ever so gently pinched my nipples.
It was easy for her to tell
I was going to be hers
for the rest of the shower
if not the rest of the day.

My master told me
she wanted to shave my penis
and make it smooth.

Deep, deep inside I was hoping she’d shave me bare.
I love being completely exposed to
her touch,
her gaze,
her domination.

Before I knew what was happening
she had used her razor and
shaved my balls bare and
then she moved to the base.

After a few quick strokes
I was much cleaner than before.

To check out her work
and to reinforce her control
she grabbed my balls and cock in one hand
and began to squeeze.
With her other hand, she lubed her finger
and plunged it deep inside my ass.

After she worked it for a bit
and kept squeezing with her other hand
I came close to exploding.

She sent me for the electric razor.
I got soft inside thinking about what she might do next.

She then told me to lift my leg high and continued to groom me.
Before long she had done some careful landscaping.
She whispered in my ear about how my her  bush was trimmed
just the way she wanted.
I told her I wished it had been more,
but she said I needed to be a good girl
to earn anymore trimming
and she expected me to keep up with the work she had done. She ordered me out of the shower with something to do.

She then plugged me with a butt plug
and played with it in my ass.

She grabbed my head and repeatedly
forced me onto her gigantic cock.

Finally with me in a puddle of submission
she had me lick her clit
and suck on all of her come,
cleaning her out like the good girl I was.

I wish I could say I took it like a good girl,
but even with her coaching and care,
I could only hold it for a brief time.

After a quick cleanup,
my master bound my package in a bag
and then at her request
and with a tingle of glee
she had me put on some big-girl panties
and told me to write about my afternoon.

I still tingle being bound up
but more importantly knowing she did it to me,
for me. 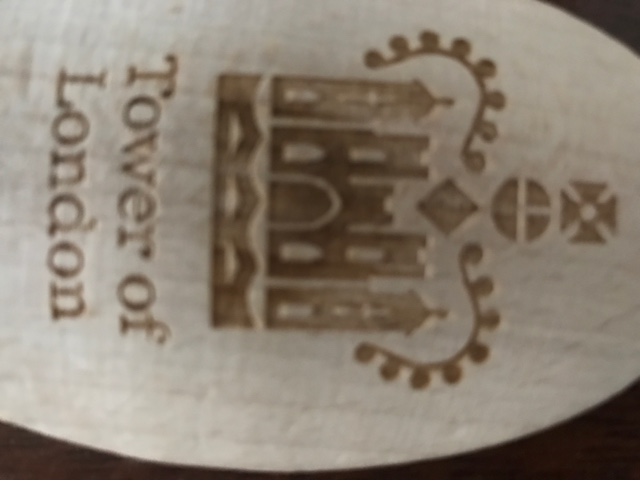 We just got back from a fabulous, albeit exhausting vacation. My favorite souvenir is from the Tower of London and it will not be used in the kitchen ;-) 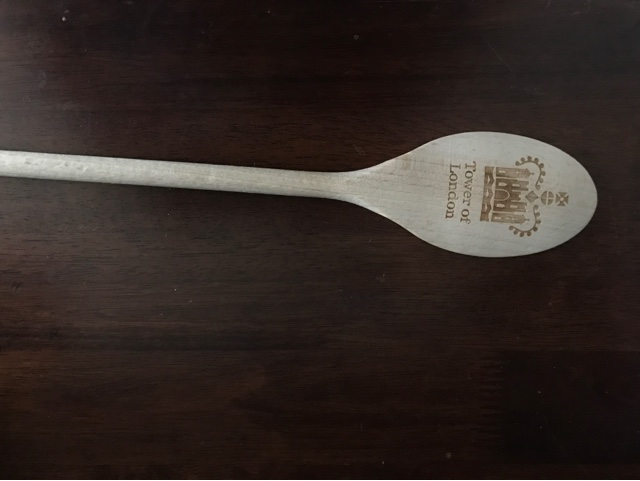 So I told my husband that
I just couldn't.

I couldn't be dominant right now

I was so shut down -
Physically - my body wasn't reacting as it always has
Sexually, I was not...Just wasn't.

But his response was.
I'm here and
I'm ready.

He's been helping me back.

It's one or two steps forward and
one step back.
But...
there's movement.

Yesterday I was most assuredly OFF.
I was cranky and a general pain in the ass.

Sir asked if I needed a spanking
and I said - YES.
But sadly, the kids were around
and it would make too much noise.
So...I said - we just couldn't right now.

He put me over the side of the bed
and plugged me
with the large njoy plug!

IT WAS HUGE
but...it was effective!

So...I know - I say this periodically.

Strangely this time, I feel broken in a whole new way.

I have had friends who have
inadequate sex lives,
unfulfilled sex lives,
infrequent sex lives ...


I have had many women who I haven know who
didn't like sex
saw sex as a chore
were disinterested in sex ...

The trick was...
I wasn't ever one of those people.

Now I was a WICKED late bloomer.

I just had no interest and no exposure.

Now college is a different story.

...or for three-and-a-half-WEEKS...
which ever came first.

One thing I know about me...
I'm definitely a use-it-or-loose-it kinda girl.

Sadly, we had a family crisis
late this fall - early winter.

We had to focus on making it through...
day by day
one step in front of the other

So, sex...went by the wayside

and it's been a long time.

we were both needing a great deal of support
and I think because we're in a
more fragile place,
I think submission fits both of our places at the moment.

It's terrifying...I've not ever been here
(for more than a brief moment)
since I started being a sexual being.

I can see how women who aren't in
desirous...needy...wanting
feel.

And I'm feeling sad and broken and
NOT like me.

I know so many who say it will come...
but He's not feeling Dominant in any way...
I'm not feeling submissive
He's wanting care and softness and comfort
and I'm shutting down.

I'm sure we'll come through...
this is just our moment...
sadly, it's a long fucking moment
and I hate it.

This blog will contain...
...profanity, sexually explicit dialog and adult imagery.
If you are under 18 and/or offended by this...
THIS IS NOT THE BLOG YOU ARE LOOKING FOR

What's in a Name?

as in Sir Q's mlb

What does it stand for?